Field Communications Corporation is a division of Field Enterprises, which owns the Chicago Sun-Times and the Chicago Daily News. The company owns independent television stations in the United States, with WKBS-TV and WFLD-TV in Philadelphia and Chicago as its largest-market station.

In L210's vision, Field Communications is still active and is competing to other television corporation owners.

WFCO-TV, channel 7, in Orlando, Florida
Add a photo to this gallery 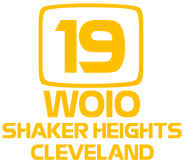 WOIO (now owned by Gray Television), channel 19, in Shaker Heights and Cleveland, Ohio
Add a photo to this gallery
Retrieved from "https://alternate-universes.fandom.com/wiki/Field_Communications_(L210%27s_vision)?oldid=1260"
Community content is available under CC-BY-SA unless otherwise noted.